With the rapid rise of big data, analytics-driven innovation is becoming the next big thing in IT. Just think about what all those IT server and system logs could tell us, if we could just get them analyzed at scale. We are already seeing the beginning of this. Security services are identifying breaches and vulnerabilities, and cloud vendors are optimizing their resources and anticipating failure – all based on subtle cues and patterns, only noticeable by analyzing previously-unimaginable volumes of data. IT organizations are looking to continue this trend with continuous, cloud-based, sophisticated analysis of increasingly larger data sets.

Cloud analytics vendors are rising up to this challenge, and are offering big data analytics-as-a-service for IT. A good example of this is Microsoft’s Operations Management Suite (OMS). OMS was introduced a year ago with the vision of becoming a next-generation, cloud-based evolution of the on-premise System Center suite. Being an Azure-native offering, the killer feature of OMS is its IT analytics platform – a gigantic Hadoop-based cloud service for storing, processing and visualizing IT data. A year after its introduction, let’s examine what it’s like to use this promising service in practice.

Setting up OMS requires tackling some IT challenges: the OMS agent, known as Microsoft Management Agent (MMA), needs to be deployed to all managed servers, whether located on premise, on Azure, or in other clouds. There are several variations at play here: in some cases, good old System Center Operations Manager (SCOM) can be used as a data source instead of MMA, utilizing its own agent. In other cases, network security limitations may prevent MMA agents from communicating directly with OMS, and HTTP proxy servers need to be configured for them. In yet other cases, IT compliance officers need to verify that some sensitive servers remain out of reach for OMS, despite being monitored with SCOM.

In short, just getting the collection agents set up with the right configuration is hard. And as always, installing agents on thousands of servers is just the beginning. To avoid analytics and maybe even compliance blind spots, you need to constantly make sure these agents remain installed, configured, healthy and up-to-date throughout their lifecycle, and that the data flow path remains open. It’s a daunting task.

The other challenge involves the kind of data you can actually send to OMS and use for gaining analytics insight. Currently, OMS customers are married to whatever data collection capabilities the MMA agent offers. There is no way of extending these capabilities, and even if there were, it would be up to each of the server software vendors to write collection plugins for their own software. For example, if you are using a non-Microsoft backup agent on your servers, there is virtually no way to get this agent’s logs out to OMS. That’s a significant limitation, if you’re basing your analytics strategy on being able to get all of the data out there.

Since the introduction of OMS, we at Jetpatch have been helping our customers and partners address both of these challenges: On the agent deployment and health side, Jetpatch has added the MMA agent (along with up-to-date versions of the SCOM agent) to its ever-expanding library< of pre-packaged management agents. So deploying both MMA and SCOM, even with all the variations in configuration options, can be done in a snap. Once the agents are deployed, Jetpatch continuously ensures that they remain running, up-to-date, healthy and connected.

On the data collection front, Jetpatch is now leveraging the fact that it’s managing both MMA and other, non-Microsoft agents to seamlessly link them together and form a powerful data pipe. Data from non-Microsoft agents can now easily flow through the MMA agent all the way to OMS, with zero customization and without depending on custom plugins by management software vendors. In addition, Jetpatch sends its own data about agent deployments, health and stability to OMS as well, so IT operations and DevOps teams can have this data analyzed too. Jetpatch customers can now quickly get OMS set up and make the most out of this exciting new analytics offering.

MMA and SCOM deployment support is fully available with Jetpatch Agent Manager. The OMS-integrated data flow feature is currently in Beta. Send an email to [email protected] to join the Beta program and try it out. 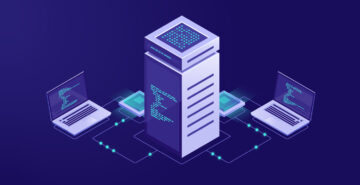 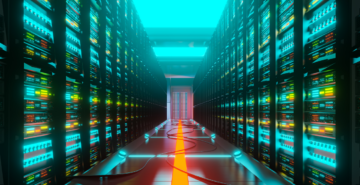